The Zwippy is a funny cute little creature created by a friend of mine, Aurore Lemarié when she was a kid. It really is just a potato shaped creature with antennas, eyes and a spring to move around. I like to draw Zwippys. Actually, you can find them all around my lessons. 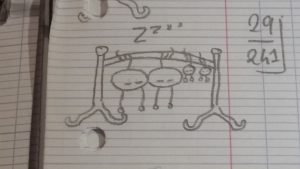 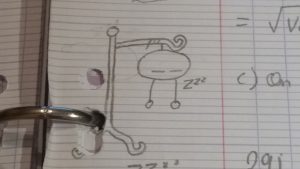 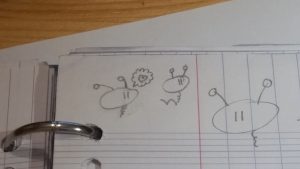 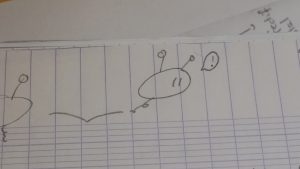 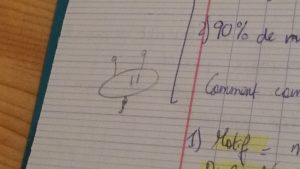 So I decided to make 3D printed Zwippy medals. I at first thought about making 3D Zwippys, but they really belong in a 2D universe, because your imagination makes for what it lacks of features, because of its extremely simple design.

To the design program !

I used Fusion 360 for its simplicity, although it has loads of features. And it’s free.

I first imported a real life sketch I had made of the Zwippy I was going to draw into Fusion 360, and resized it to the size I wanted it to be.

I then went over every pencil stroke with various tools to make the sketch you can see here. I mostly used ellipses, and conic curves, to create the organic shapes of this design.

After having made the sketch, I extruded the different faces of the object to different heights. I made the antenna balls higher than the antennas, for example. I also created a ridge on the outside of the medal.

After printing, it needs priming to make the surface smooth and to hide a little the horrible black spots created by my leaking 3D printer.

I decided to spray paint some of the medals with various colors I have available.

After that, I highlighted the “high spots” with a marker pen. Gives nice contrast !

In the end, it’s a pretty medal, although it’s a little big. I definitely had fun making these, though.